Goonoowigall is an aboriginal name. There are several versions of what the name means: the most widely held is "plenty rock wallaby". This appears feasible as the area is wooded granite country.

The school was transported to the village from the old settlement of Goonoowigall three miles south of Inverell. This area was the scene of some early Inverell industries. Colin Ross began a wool-scouring and fellmongering industry there in the 1860’s, and in 1902 a brick kiln was established in the area.

In 1887 an application for the establishment of a school was made by the local residents to the Minister for Public Instruction. Mr Samuel Rowlands, who at the time owned the tannery, was the prime mover along with other residents who were mostly farmers, or were men employed at the local wattle bark tannery and wool-scouring establishments.

In 1887 a wooden building costing £150 was erected and school began with an enrolment of 44 children. These children ranged in age from 4 to 16. The names of the parents who made application and who undertook to see that the children attended ‘regularly and punctually’ were: Samuel Rowland, Henry Cant, George Dean, John McKenzie, Fredrick Hall, William Smith, P. Byrnes, G. Heath, A.F Graham, John Ryan, William Brice, John Walsh, Enos Pidgeon, J. Bacon, Joseph Hall, K. Steel and G. Stone.

Although the Inverell Public School was only 3 miles distance from Goonoowigall, the children could not attend school at Inverell owing to the fact that to cross the river safely a detour of  four miles was necessary.

The first teacher was William J Cunningham. His son, Lew, a pupil at the school was later the Member for Gwydir. For many years of its existence the school was attended by many local aboriginal children.

A list of teachers and the dates of their appointments is as follows:

In the early part of the century great emphasis was placed on the three R’s. Barefoot children learned by rote form the few books available and escaped with relief to their outside interests after an average of only three or four years schooling.

The school closed in November 1966. It was then acquired by Mr Bob Harmer, who in 1973 donated it to the village. Its restoration has been the work of the Inverell Lions Club. 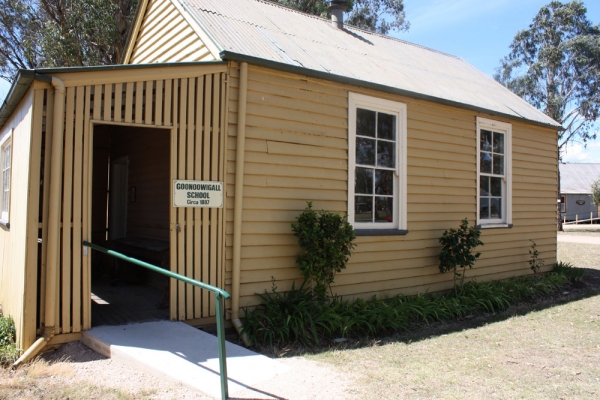 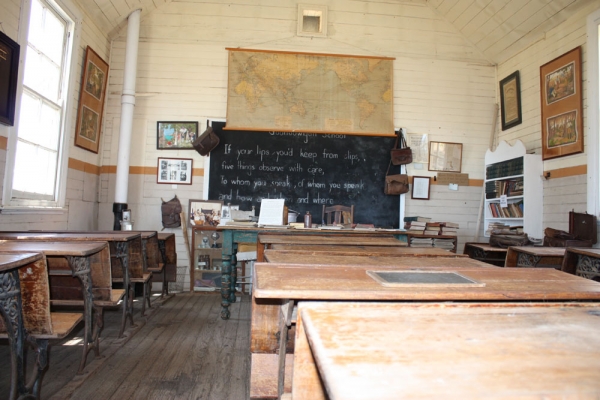