This small store was built in 1911 as a butcher’s shop in Byron Street Inverell. The first owner, Mr Dow, sold his business to the Chapman family in 1921 and this family owned the shop for three generations. About 1926 Mr Gilbert Chapman began work as one of Inverell’s first electricians and for thirty five years the business was carried on from this shop.

When Milne’s Bakery, one of Inverell’s early bakeries, was renovated the brick oven was donated to the Village. It was dismantled and transported to the Village by the Inverell Chapter of Jaycees.

The rich and varied diet which we enjoy today would have been paradise to our pioneers. As they struggled to become established, their diet was indeed monotonous: tough mutton stewed in the iron pot, damper or Johnny cakes cooked in the hot ashes of the open fire. As the homesteads and villages developed, the brick oven became an important item: within this vast cavern whole sheep could be roasted and mountains of bread, pies, cakes and buns were raked to the front. The well recognised reputation of Australian Country Women as expert bakers all began with the brick oven. 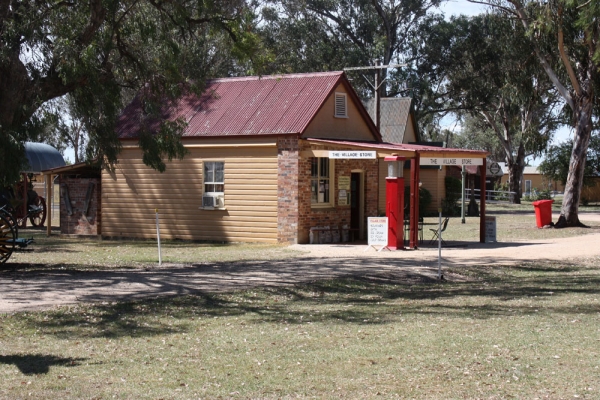 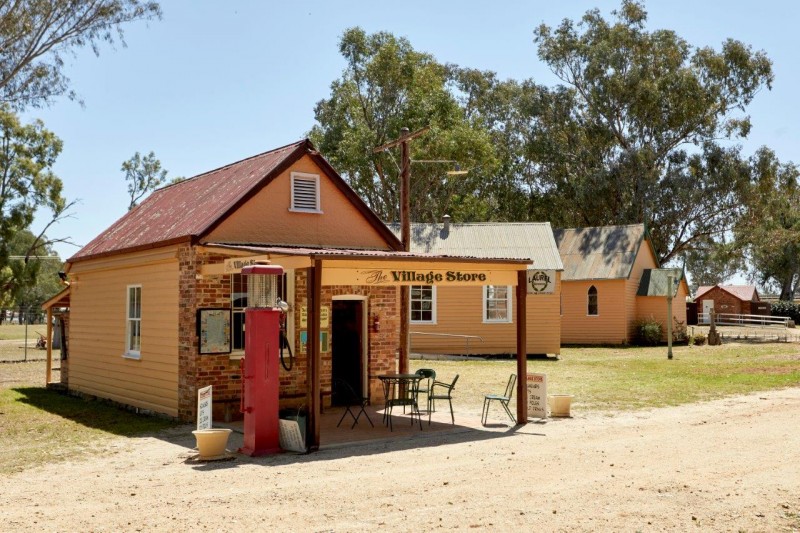